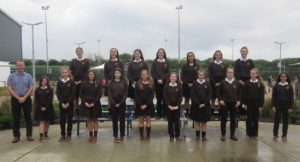 The Board of Management has established a Students’ Council in fulfilment of section 27 of the Education Act, 1998.

The Board acknowledges the valuable contribution that students can make to the effectiveness of their school and considers their meaningful involvement in the operation of the school to be a valuable part of their education process. A financial grant is made available to the Students’ Council by the BOM each year to help cover its expenses.

The general objectives of the Students’ Council are:

Membership of the Students’ Council will be as follows:

The Students’ Council operates in accordance with its constitution for conducting its meetings and business. This constitution is included in Appendix 5.

The Principal and/or Mr. Broderick will attend all meetings of the Students’ Council in a non-voting capacity.

Meetings of the Council will generally be held on a fortnightly basis at lunchtime. 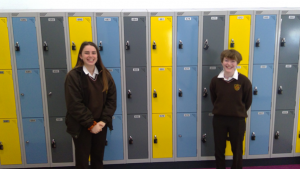 Well done to Muirinn Carty in 6th year and Aoife Rees in 5th year who were two of eight young filmmakers chosen nationally for the National Youth Film School bursary from Screen Ireland.

Aoife and Muirinn took part in this summer programme during August where they met industry professionals and received mentorship to help develop their careers in film making.

Aoife is no stranger to film success.  In March she made it through to Ireland’s Young Filmmaker of the Year competition with a film about mental health. She was named as a Leinster finalist in the competition as part of the Fresh International Film Festival, which attracted a record 1,750 entries this year in junior, senior and international categories. Aoife also won a YouTube competition with the same film which awarded her a $1000 scholarship to make a film in a week-long Prodigy Camp in Seattle alongside directors and storytellers from Pixar.

Aoife’s short film ‘Dear Naomi’ is about a girl called Reeve who writes to her friend explaining how she feels as she tries to process her emotions. It features 5th year student Muireann O’ Gara and currently has 2200 views on YouTube. ‘Dear Naomi’ was also placed third in a mental health competition.

Aoife said she has grown as a person through her involvement in these competitions. ‘This film is especially close to my heart and deals with the timely topic of teen suicide prevention awareness’, she said. Aoife hopes to travel to Seattle next summer for her film camp. 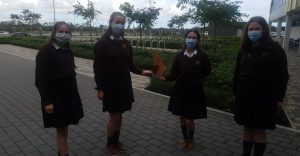