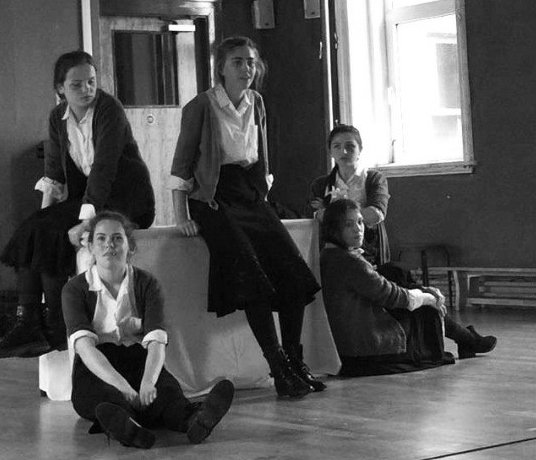 As the centenary of 1916 approached, talk of celebration and remembrance began. There was huge emphasis on the event and as a Leaving Cert. history school student I was aware of the 1916 Rising and wanted to be a part of the special time we were recalling in our country.
So much focus was given to the martyrs of 1916 – Patrick Pearse and James Connolly to name but a few, and suddenly, I began to wonder, what about everyone else? The lives that were affected by the events that occurred, but didn’t take part in the fighting? The ordinary folk, the children, the people like you and me?
I soon discovered that I wasn’t the only one who had considered this thought. Joe Duffy (RTE Radio presenter) had just published a book entitled “Children of the Rising’’, describing the untold story of 40 innocent children who lost their lives due to the Easter Rising. Upon reading the book, I was a bundle of mixed emotions, captivated, horrified and in shock. Why was this not a focus of the commemorations we were having today? These children’s stories were so astonishing, I felt that they needed to be heard, they needed attention.  And so, I decided to write a play, and to base it on 5 of the forgotten lives in Duffy’s book.
Shortly after I had begun writing I mentioned the idea to three friends from Transition Year [ Carla Fusciardi Wallace, Alannah Corcoran, Holly Rossiter] who are also in Loreto. The girls were so enthusiastic about the project and were happy to be on board. Then, I spoke to some friends from my year also involved in acting [Caoimhe O’ Keeffe and Aoife CodyKane], who were also delighted to be a part of what we were trying to achieve. Then, to assist with the story telling, a friend of ours, Eoin Pinaqui [Transition Year, St Peter’s College] also joined the team. We began to work immediately – unsure of what the outcome may be, but sure that we wanted these stories to be told.
On 13 May we performed the show to a sold out audience in Infusion Theatre in Wexford Town and received a standing ovation. We were all delighted with the reaction we received. I know on behalf of the cast I can definitely say we all felt pride in being able to take part in the commemorations. There was a palpable thrill and buzz in the air. Having worked as a team of teenagers we had made such a tight bond with one another and really enjoyed the experience we shared. Holly Rossiter [playing Margaret Naylor] once said in rehearsal that she felt a special bond with this character, knowing it was a real person – the entire cast were in agreement.
Each girl took a character from the play and portrayed her brilliantly. We recently got a review by Anna Hayes (Echo, Wexford) who said that each of their performances were stunning and in huge contrast to one another – they really brought the stories to life and together we remembered the forgotten lives of 1916.
Soon after, on 17 May, we were lucky to perform an extract from the play to our entire school and all five girls participated. We were overwhelmed by the support of students and teachers and are so thankful for the experience. It was a great day for us all and we hope everyone enjoyed the show.

The school extends its best wishes to all its Junior and Leaving Certificate students who will be sitting their examinations between 8 and 24 June 2016.

The school calendar and booklists for 2016/2017 are now available on the school website and in hard copy form upon request at Reception.