Loreto had a very successful day at the Annual Cross Country held in Adamstown. We had a team of 43 students representing the school.

Lucy McCormack kicked off the medal trail coming in 6th closely followed by Isabel Kearney in 7th, Ciara Whelan in 8th, and Sarah O’Mahony in 12th  to claim gold in the team event also. Aoife Walsh was next winning the Junior race in style.  Nicole Lageu came in next in 5th, followed by Cora Finn in 6th, and Aoife McEldowney in 11th to clinch the gold team medal. Our 2nd junior team received the bronze team medal with Feenagh Moran in 12th, Elana Doherty in 13th, Klara O’Brien Doherty in 17th and Brooke Robinson in 19th. Maria Coone and Cliona Kearney dominated the Inter girls 2000m race with Maria winning the race with a very steady performance and Cliona taking silver. The Inter team also received the team gold with Caoimhe Tobin coming in 5th and Layla Stafford in 8th.

Last up our Seniors who were running 3000m. It was down to this race that would decide who won the Donna Foley Memorial trophy for Best School. The girls put in a very strong performance with Eimear Halpin coming 3rd, Coillfhionn Ni Nuallain 4th, Ava Kearney 8th and Katelyn McDermott in 12th to take the team Silver and clinch the trophy!  Athletics Captain Eimear Halpin received the cup on the behalf of the school.

Well done to all the girls who participated on the day. 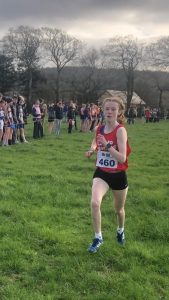 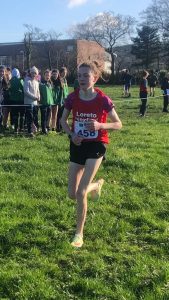 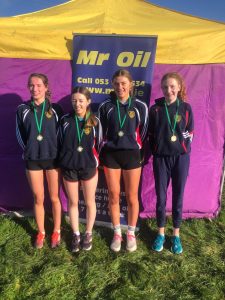 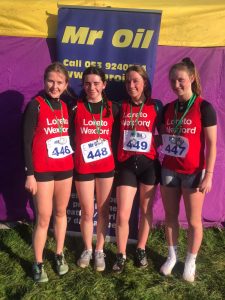 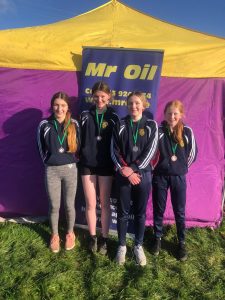 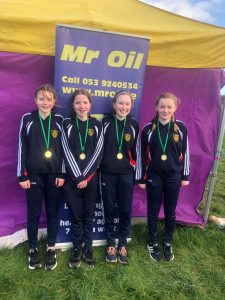 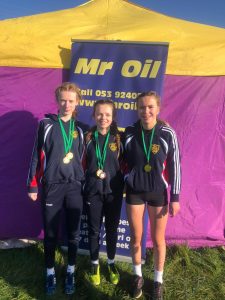 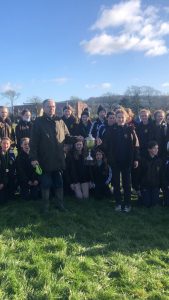 We commend our under 16 camogie panel on reaching the Leinster semi-final last week where they lost out to Presentation, Kilkenny in a game whose outcome was in the balance until the final eight minutes when our opponents scored two goals in quick succession.

We thank the management team of Mr. Crowdle and Mr. Goff who did such great work with the full panel.

Minister Harris spoke about the work of his department and how he became involved in politics. He answered questions from students on a range of issues including career prospects, a hybrid Leaving Certificate and challenges facing Irish society. He spoke with conviction to the students about the societal and cultural lessons that need to be applied as a result of the death of Ashling Murphy.